This post has nothing whatsoever to do with Lent, or religion, so stop freaking out. It has to do with books.

Old books, in fact. Old, cheesy books. Old, moldy, cheesy books that no one wants, found in a dustbin at the the thrift store.

I found an old RD Condensed Edition book in a “free” bin, and my mind reeled. Who would just throw away a book?? It’s a BOOK!! You don’t just…. discard a book. You revere it, treasure it, pass it on to someone so that they can gather knowledge.

But this is a “condensed edition” book. Like the Cliff Notes™ of Society.

Anyway, I saw this and decided to try my hand at making one. Never would I have thought of doing it, save for the fact that it’s a condensed book from 1953 that no one wanted. Besides, I read it already. All four condensed books, of which I had never heard. So, I will mess around with it, and post my DIY instructions once I figure out all the bugs.

Hopefully there will be no bookworms 😉

Last night I was in bed by 10 PM. I didn’t read at all, just laid my head on my rather ancient pillow, and the next thing I know my alarm is going off and I really, really didn’t want to move. And when I say that, I mean I didn’t even want to turn off the alarm, because that would have meant actually MOVING my arm.

Anyone else felt like that? What did you do to counter the grogginess?

And were law enforcement involved?? 😀 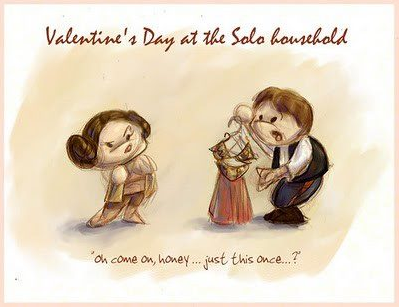 I am a lucky gal today. Hubby surprised me. BIG TIME!! Yesterday, I gave myself a manicure, just in case. Why? Because I wanted my hands to look nice in case I got a pretty bauble. But no…. I GOT A KEURIG!! 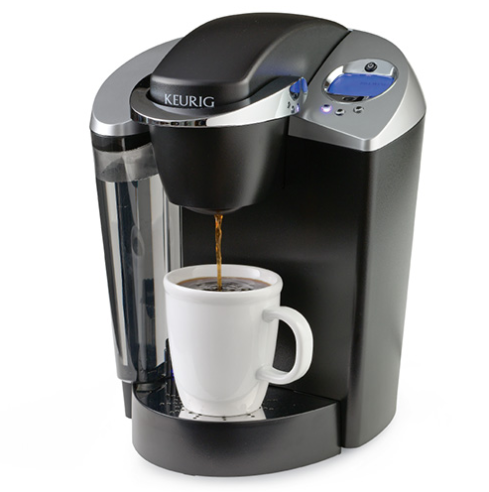 Behold my new Precious!! The best part? Programmable!! The not-so-best part? Um, I can totally see myself drinking far more than my usual two cups.

Today marks the start of Lent.

So, no libations of the alcoholic kind. No sweets, no fatty foods, and no sodas. In truth, I like testing my will power this way. And in the long run, I do save a few pennies, too.

I bet you’re singing it in your head now, aren’t you??

This morning found me in a grey world. Overcast and cooler outside, and slight drizzles, the kind that are light enough to stand in, but hell to drive in. And as usual, the people who freak out over condensed moisture were out and about making a nuisance for everyone. One lady had her hazards on and was driving ten miles under the speed limit. How do I know it was the drizzle and not car trouble that made her slow and cautious? Because she was hunched over the steering wheel, peering through the windshield like it was covered in mud.

We have a few of them around here. Rain is that unusual.

Anyway, as I was waiting at the stop light, I looked up, and saw the migratory grackles, all in rows.

I had to laugh, thinking of a much younger Eldest the first time she noticed them here in winter:

Eldest: Daddy, why are there still so many birds around? Don’t they fly south for the winter?

Hubby: Honey, they did. THIS is the south they fly to!

Eldest: Why not go to Mexico? It’s way warmer.

Me: Because there they are part of the food chain, honey.

No, it’s true. I’ve partaken of pigeon and grackle stew before on my many visits there. Good stuff, too! No sense in being delicate about the Circle of Life™, you know. But really, I just wanted to freak her out.

Not that anyone noticed, but I decided to take a break from the internets this past weekend. There were UIL meets, yet another military ball, and I really just didn’t have the energy to even power up the laptop.

So, what did I do with my weekend?

Sometimes I just don’t have anything to say. Or type. I know y’all find that extremely hard to believe. It’s very hard to write about nothing, you know. I feel like I’m trapped in Brave New World sometimes, except without the Soma™.

Wait…. my PJs are from Soma™. Well, so much for that comparison.

And yes, I did unwind in my Soma™ PJs.

Anyway, I hope to be back to my blathering self in the next few days. Hope y’all get back into reading it 😉

I have come to a conclusion: there is no room for anything in this house.

After days of clearing out the upstairs scrapbooking stuff from the storage closet, only to organize what I kept back in it, it just seems like I still have no room for anything. Add to that the full SUV I took to Goodwill drop-off this past Saturday, and I still have a cluttered garage. Every shelf and bookcase and cabinet is completely full.

I thought of turning to Craigslist or some similar way of advertising all the stuff I want to banish from the premises. But I am a bit *ahem* leery of doing that. Maybe I’ll just set it all on the sidewalk with a sign that says “FREE STUFF”. All I know is I have plans for this house, and that entails getting rid of a LOT of crap:

I have PLANS, people. I just need the oomph to get going.

That, and more shelves, apparently 😉

I have been sick for a couple of days, and in an effort to get better, I decided to do what Laura does and self medicate. Admittedly, I am not a big fan of gin and circus peanuts, though I have been known to OD on the circus peanuts back in my youth. Still, I figured that it just boiled down to alcohol and sugar, right? So I drank some wine and ate some jelly beans in the hopes that I would magically feel close to human again.

Well, I’m still sick. And I am now of the opinion that one should NEVER mix jelly beans with any kind of wine. Of course, last night I didn’t care that I was still sick, so that’s progress, right?

I think next time I will do a mixed drink and chocolate, instead.

Because everything goes well with chocolate 😉

It all began innocently enough. I had plans to go to a scrapbooking party on Saturday. I planned this MONTHS ago. That was my first mistake. I forgot that school functions get scheduled just a month out. So, we had a UIL meet, and the Military Ball both scheduled for that Saturday. I figured I was still Supermom, and could manage to fit my stuff around that schedule.

Until Son cut his head open on Friday afternoon.

And the train stopped on the main thoroughfare due to malfunction.

And Little One had after school practice.

And of course I panicked.

So, after inching in traffic for what seemed hours, I managed to pick up all the kidlets, dropped off the girls at home, and raced to urgent care, where Hubby was to meet us. 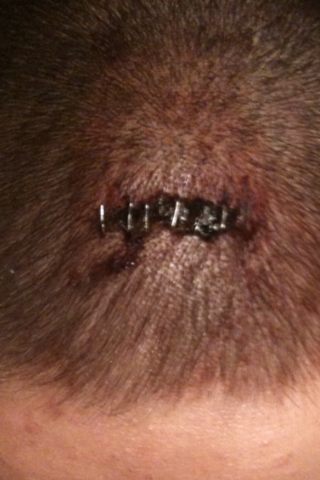 Yes, those are staples. I call him Frohnkenshteen now.

And this was just on Friday. Then Saturday arrived, and decided that plans were for wusses, because the UIL meet went longer than planned, and Son had elected to go to the Ball early to help, and Eldest had a friend come over to get ready, and of course I came down with a cold. And so, my plans were scratched. Again…

But no matter. One day I will learn my lesson. I will make plans only a week ahead of time, and maybe, just maybe they will go off without a hitch.

And one day pigs will fly 😉

I hate laundry. I have no problem washing and drying, or even ironing.

I just hate folding all that crap.

I have no problems with cleaning bathrooms, or washing cars, or cleaning ovens, or even disposing of intelligent life found in my refrigerator.

But I absolutely loathe folding clothes.