Apologies for Being Absent

Title says it all.

I was stuck at the hospital because Hubby’s car was in the shop, which meant I had to take him to work, which then meant waiting for him to do some stuff so he could leave early and take me home, but then the peeps asked for his help, and then a doc asked him to check a few slides, and then a meeting came up, which meant I was pretty much enjoying the view of the wall in his office most of the day, while attempting to connect to the internet because most everything on his computer is blocked, except for youtube and facebook, the first of which wouldn’t load because the internet was too slow, the second of which I couldn’t access because I was signed in on my laptop at home, where I was supposed to be cleaning.

Is that the best sentence today, or what?? 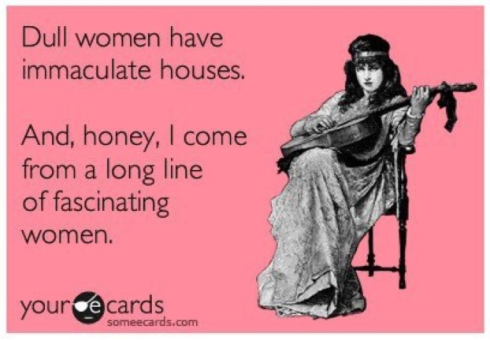 Actually, I’m the most fascinating woman in my family, at least if that is to be believed 😉

Hope y’all had a great day!!

Machete-wielding zombie killer when not shopping for shoes. END_OF_DOCUMENT_TOKEN_TO_BE_REPLACED
This entry was posted on Wednesday, June 20th, 2012 at 4:43 PM and tagged with innocent-fun, windbaggery and posted in Funnies, Randomness. You can follow any responses to this entry through the RSS 2.0 feed.
« Tiny Bubbles
Family Ties »

8 responses to “Apologies for Being Absent”