I usually don’t prank people on April Fools Day. Actually, I never do. I understand that it’s all in fun, but I am too soft-hearted to trick someone like that. That makes me a prime target for pranks and jokes, and that part is fun, too. Trying to out guess the prankster keeps me sharp. That’s not to say they don’t fool me, but at least it helps keep me sharp. 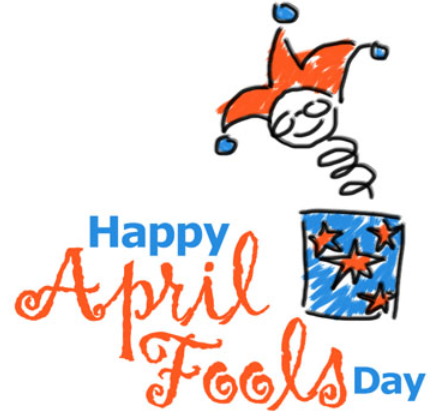 The best prank ever played on me was done by my sister. And it wasn’t even on April 1st. When we were very young, I think she was in Kindergarten and I was in First Grade, we would go to my grandmother’s house after school to wait for our parents to pick us up after work. We liked going, because our grandma would serve us cafe au lait and slices bread with jam for an after school snack, not to mention sometimes there would be fresh cherries from the tree out back. A tree that we were forbidden to go explore, because it was too high up.

Anyway, one day there were no cherries, and my sister, who is younger than I am, suggested we sneak out back to get some while my parents were visiting with grandma. So off we went, and looked around for the cherries. As we went around the house, we spied a small bush with semi-round red berries. She ran to it, and started plucking the berries off, though I hesitated, telling her the berries didn’t look right. The were not as red, and were not as round, and are they not supposed to be on a tree?? But she knew best, and told me they were cherries, and so, like a fool, I partook.

Only to scream as I felt my mouth be set on fire.

We ran back in, screaming and alarming the folks, and since we were unable to speak, they correctly deduced what had occurred: we had eaten ajíes, a common chile found in Puerto Rico. Many glasses of sugared water later (we didn’t know we could use milk for the heat), and sporting beards of my grandma’s Pond’s Cold Cream™, we left for home. My mom was still upset, but my dad laughed the whole time, which didn’t make my mom any happier.

This did happen in Spring, but not on April 1st. Even the Fates are not that unkind. As for my sister, I never got back at her for the pranks (yes, there are more). She is a best friend, just like the others and my brother, and has been there for me always. Besides, she ended up having and raising five kids, and that was enough Karma for me 😉

Machete-wielding zombie killer when not shopping for shoes. END_OF_DOCUMENT_TOKEN_TO_BE_REPLACED
This entry was posted on Sunday, April 1st, 2012 at 8:01 AM and tagged with innocent-fun, ties-that-bind and posted in Family, Fun Stuff. You can follow any responses to this entry through the RSS 2.0 feed.
« Gag Worthy
A Trick and a Treat »