It’s a Party, and I Can Cry Because I’ll Have Waterproof Mascara

Moving on. A friend of mine has invited me to a Mary Kay party. It has been roughly ten years since I have been to one, much less used their stuff. That doesn’t mean I don’t own some still, though mostly perfumey stuff. Usually I dread going to these parties because I have awful skin, and usually buy into the hope that this time I will find something that will make my skin look perfect and flawless. That is silly, of course, but I can still hope. Prayer doesn’t hurt, either. 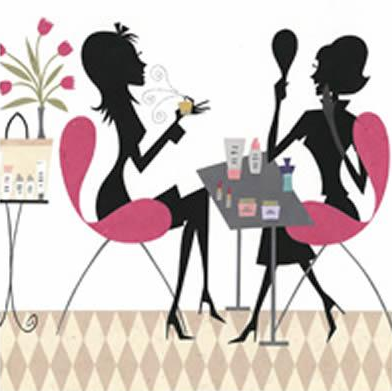 Surprisingly, I am looking forward to it. I have come to the realization that I am a homebody. I don’t go out much, and when I do, I tend to come home early because of the kids. I do my chores around the house in total silence, forgetting about the radio or the CD player, and sometimes feel like I’m in a tomb, at least until Little One comes home and watches Disney Channel. I need to get out more, and make new friends, and if that entails going to a make-up party and buying something that guarantees to take years off your face, I will do it!